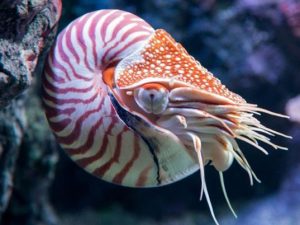 The Chambered Nautilus is a sea creature who spends most of its time in the great depths of the ocean. The characteristics of the Nautilus center around discovery, expansion, mobility, buoyancy, adaptation, and growth. The Nautilus shell, lined with mother-of-pearl, grows increasingly larger chambers throughout its life and so has become a symbol of expansion and renewal. It often lives for 20 years or more and has been studied for centuries as a symbol of adaptation to its surroundings.

While other sea creatures dwell on the floor of the ocean, the Nautilus, over time, transforms its body shape to achieve buoyancy and the ability to move through the water. By doing so, the Nautilus can float, suspend itself, move up and down in the water column, and move forward, backward, even side-ways…..all to maximize its ability to discover food. The chambers, seen in the cross-section image above, have the ability to store both water and air, like ballast tanks on a submarine.

In fact, the Nautilus was the very creature that inspired Jules Verne when he wrote “Twenty Thousand Leagues Under the Sea”, a story about discovery. In that novel, the genius protagonist, Captain Nemo, designed and conceptually created what amounted to the first-ever submarine. In the novel’s illustrations, Verne used imagery which unmistakably copied the design elements of the Nautilus. Verne even took the name “Nautilus” for his submarine.

This was in 1870, years before the actual first submarine was invented in 1876. The first US nuclear submarine, ironically named the Nautilus, was launched in 1954. 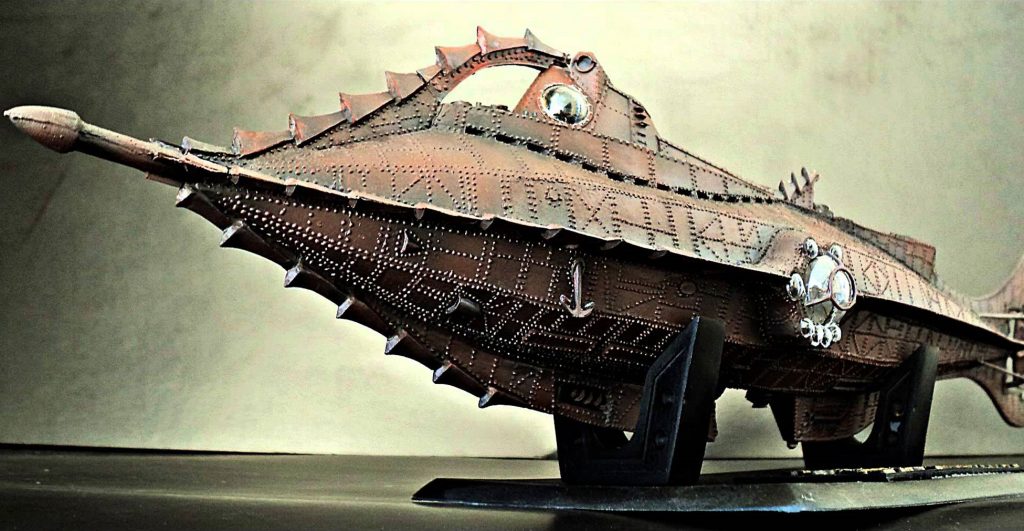 The characteristics of our members also center around discovery, expansion, mobility, buoyancy, adaptation, and growth. This is why the Retired Professionals Society has adopted the Nautilus image as its logo. As retired professionals with long careers dedicated to our disciplines, we crave staying in touch, discovering new things around us, and moving with ease among an ever-expanding network of friends and colleagues, while enjoying great food in welcoming surroundings.

Would you like to be contacted by our membership committee? Just submit your details on the blue form at the bottom of this page and we will be in touch with you shortly. We look forward to speaking with and learning more about you.

I joined RPS many years ago and have been enjoying the monthly tradition of seeing my old friends and colleagues at the luncheons at Oak Hill. The food is wonderful. We really enjoy the fellowship, the new learning experiences, and having fun interacting with both new and long term members.